Get fresh music recommendations delivered to your inbox every Friday.
We've updated our Terms of Use. You can review the changes here.

'Hot In The House' by Cultural Amnesia 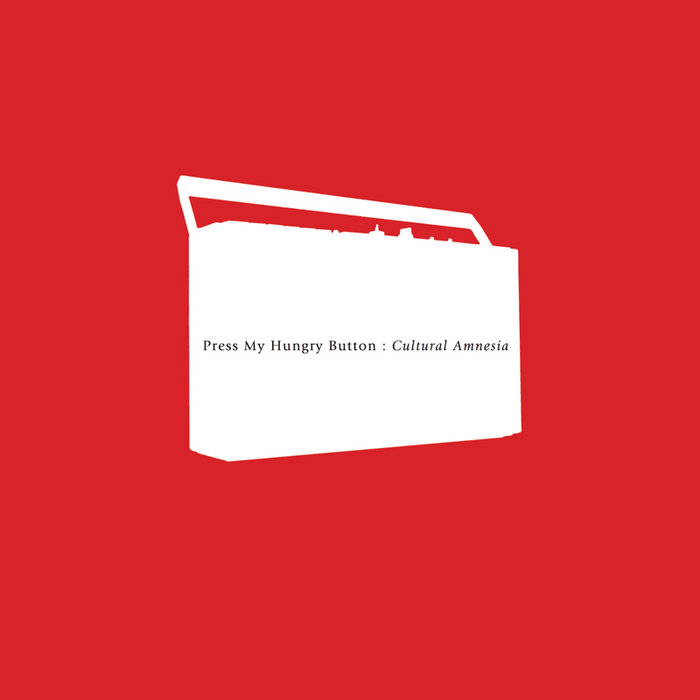 '[T]his album shows what a daring, innovative and smart unit Cultural Amnesia were.' - The Sound Projector

'At their finest, the group conjure up some exquisitely basic tones as building blocks for satisfyingly wonky tunes. They also manage to squeeze stranger rhythms out of a cassette deck with a built-in beatbox than much of today's more derivative dance music.' - The Wire

'Released and unreleased tracks alike, Press My Hungry Button is a must-have for post-punk and minimal electro enthusiasts ... this is a cracking release featuring a whole host of gems in the raw - mined straight from the New Wave seam.' - Hi-Fi World

'Cultural Amnesia are characterised by strong (and sometimes wonderfully twisted) lyrics, a perfect musical backing and a unique and distinctive vocal style... More people need to hear this music and experience the weird and wonderful world of Cultural Amnesia. 10/10' - Side-Line Magazine

'[T]his double album digs up further gems of elliptical synthpop and post-punk weirdness. ... The results spark with the boundless energy of exploration as the band test the limits of their - now desirably primitive - gear as much as their creativity.' - Plan B

'The work of Cultural Amnesia is awaiting (re)discovery, what are you waiting for?' - Compulsion.

Following Enormous Savages (Anna Logue Records and Klanggalerie), Press My Hungry Button is a second selection from the archives of Cultural Amnesia, originally released as a double LP by VOD Records in 2007. It contains many of the best of their released tracks and others from their large collection of unreleased material.

CA were a band of young recordists operating for about three years at the start of the 1980s. The recordings here were made between December 1980 and March 1983. Active at the height of British postpunk, at the tail end of early industrial music and amidst the stirrings of postindustrial, they created a large, varied and experimental output, ultimately fashioning a kind of skewed electropop. They had a close associate and champion in one of the key figures of postindustrial music, Geff Rushton, a.k.a. John Balance of Coil. Three of his songs for the band are included here.

CA released three cassette-only albums and appeared on quite a number of cassette compilations, two or three of them amongst the better remembered from the time. The discography below details all their 1980s releases. Year of recording and (where applicable) place of release for the tracks on this album are given with the lyrics.

CA were prolific. They pressed the ‘hungry button’ compulsively. Almost all their work was recorded as it was composed, ranging between pure improvisations to carefully constructed multi-part pieces that made the most of their limited technology (see the Credits for a list of equipment). They played live, but not often and had mixed feelings about it. Not only did they record a lot in their limited time, their output is marked by proliferation – of styles, words, stories, ideas… clever, witty, half-baked, heavy-handed, sometimes passionate and serious, sometimes embarrassingly earnest, quite often shot through with self-ironising humour. The material piled up far more quickly than it could be organised and released.

When CA stopped in spring 1983 one of the projects left unfinished was Obscenity, which was to have been the band’s first vinyl LP, with the German company Datenverarbeitung. A significant number of tracks on Press My Hungry Button were intended for that album, so it seems appropriate to reproduce the blurb prepared for its cover by the ever-supportive John Balance.

"Q: Why has waking become painful?
A: We are propagating catastrophes with our able hands.

What does one say? Cultural Amnesia have never ceased to amaze me with their finely honed songs of innocence and insecticide. Each gleaming tune a button on their hair shirt. There is a raw spirit of experiment, of mis-adventure with emotions, that is almost awkward to listen to. Time shifts and personal twists reveal a complex web of older children, playing with something they know full well is not really for the general public. Using a vocabulary of myths and symbols, along with splintered shards of themselves, caricatures and alter egos weave and parade in drunken ‘night on the town’ scenarios, in crazy-glass-house confrontations with each other. All life is here. Bitter and sweet. Love, sex behind supermarkets, truth and lies, jealousy and an all-pervading earthy magick. And Death. Having lurked in the herbaceous borders of the DIY cassette scene, earning critical acclaim for their numerous releases, this record now marks the edge of that dark, tangled frustration of a country. Beyond... is another day."

Part of the post-punk/industrial tape scene of the 70s and 80s, Cultural Amnesia released three cassette albums and, since the late 90s, have begun recording once again.

All digitally available music can be found here. Biographical information is at the band’s website. ... more

Bandcamp Daily  your guide to the world of Bandcamp